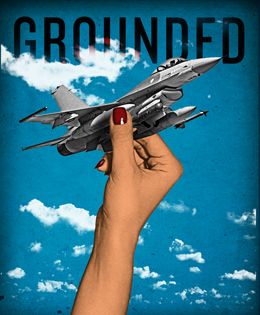 An unexpected pregnancy ends an ace fighter pilot’s career in the sky. Reassigned to operate military drones from a windowless trailer outside Las Vegas, she hunts terrorists by day and returns to her family each night. As the pressure to track a high-profile target mounts, the boundaries begin to blur between the desert in which she lives and the one she patrols half a world away. Grounded was first produced in a rolling world premiere by SF Playhouse (California), Borderlands Theatre (Arizona), and Unicorn Theatre (Missouri) as part of the National New Play Network’s Continued Life Program. 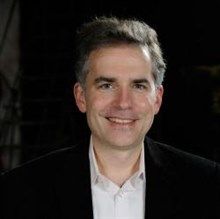 George Brant’s plays include Grounded, Marie and Rosetta, Into the Breeches!, The Prince of Providence, Elephant’s Graveyard, Tender Age, The Mourners’ Bench, Any Other Name, Salvage, and Grizzly Mama. An Affiliate Writer at the Playwrights’ Center, his scripts have been produced internationally by such companies as the Public Theater, the Atlantic Theater Company, Cleveland Play House, Trinity Repertory Company, the Studio Theatre, Alley Theatre, Asolo Repertory, London’s Gate Theatre, Page 73, and the Traverse Theatre. His plays have received a Lucille Lortel Award, an Edgerton Foundation New Play Award, the Smith Prize, a Fringe First Award, an Off-West End Theatre Award, an NNPN Rolling World Premiere, four OAC Individual Excellence Awards, and the Keene Prize for Literature. George received his MFA in Writing from the Michener Center at UT-Austin and is a member of the Dramatists Guild.