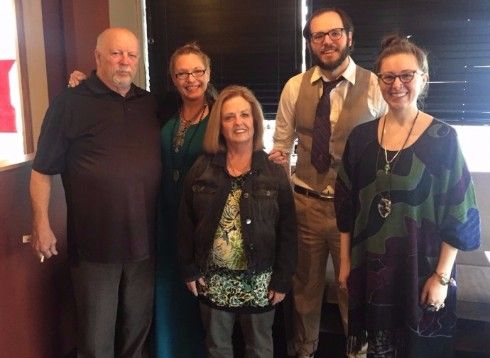 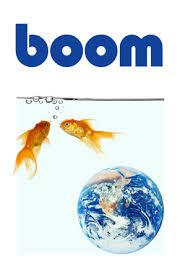 THE STORY: "Sex to Change the Course of the World"—a grad student's online personal ad lures a mysterious journalism student to his subterranean research lab under the pretense of an evening of "no strings attached" sex. But when a major global catastrophic event strikes the planet, their date takes on evolutionary significance and the fate of humanity hangs in the balance. Will they survive? What about the fish in the tank? And who is that woman pulling levers and playing the timpani? An epic and intimate comedy that spans over billions of years, boom explores the influences of fate versus randomness in the course of one's life, and life as we know it on the planet. 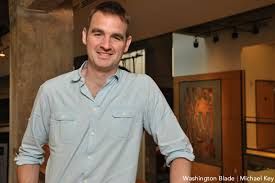 "Mr. Nachtrieb has a gift for darkly funny dialogue and an appealing way of approaching big themes sideways. [boom] winds up speaking, quietly and piquantly, to our enduring fascination with and need for myths about the beginning of life as well as its end." —NY Times. "From pants-around-the-ankles comedy to hipster Twilight Zone takeoff…boom is imaginative and easy to like." —The New Yorker. "Sex! Planet-ruining cataclysms! Loads of booze! We're ready for whatever strange places boom wants to take us." —Variety. "A dark-themed, light-toned allegory of survival and change: a piquant theatrical effort to give evolution a taste of creationism's narrative magic." —Time Out NY. "A grandly whacked-out apocalypse fantasy…one of those charmed evenings." —Washington Post. "It's literate, coarse, thoughtful, sweet, scabrously inappropriate, wracked by existential anxiety, and wonderfully humane…this is one end-of-the-world story that's likely to leave you grinning from ear to ear." —Washington City Paper. "Both the funniest play seen hereabouts this season and one of the most thoughtful." —Plain Dealer (Cleveland).